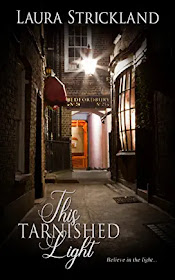 In Victorian London, Polly lives in comfortable poverty with her parents and baby sister. Her father fashions dolls, and her mother sews their garments. Polly helps her. Then one day her father grows ill and soon dies. Her mom has no way to pay the rent. The landlord preys upon her, favors for rent. Soon the woman has no choice. The baby becomes ill and also dies. Polly and her mom are moved to a smaller apartment in a worse part of the tenements.

Polly, now twelve, is disgusted by the landlord's actions with her mom. She huddles in the freezing yard to save herself from the ugly ministrations. A boy notices her and they talk. His name is Albert and he's friendly and kind. They become close friends. Albert says he'll marry her one day. He brings her food but she has no idea where he gets the money to buy it.

Polly's mother finds she's with child but the landlord orders her to get rid of it. She drinks a drought and it kills her. Polly is now out on the streets. Albert is arrested for thievery, leaving her all alone in the world. She tries to find work but no one will hire her. She meets Darcy who promises her a better life if she gives herself to men, men sick with the Pox who hope a virgin will cure them.

At fifteen, she soon finds her choices are few. Will Albert return once his sentence is up? Will he still marry her if she sullies herself?

Strickland writes a heartbreaking tale of desperation, extreme poverty, and the love of two young people who scrounge to survive. The novel reminded me of Charles Dicken's tales, but without the overly descriptive prose. I rooted for Polly to prevail in a world set against her. Albert is always her hero, he never judges her. Sadly, the poor have limited options.

An interesting aspect is that Polly perceives "light" in certain people, especially her mom and Albert, and this helps her grasp onto hope.

Holding on to the fact the heroine is speaking from the grave would have been a great twist. But this comes out quite early. And I wished Polly could have found more happiness.

Some may not like the grim atmosphere of the story, but I found it very Dickensonian, so it reads a bit like one of the classics.

Diane lives in Western Pennsylvania with her husband and one naughty dachshund.

To find out more about her novels, check out her Amazon page:

To purchase, click HERE Prepare to fall in love with To Entice a Spy Intrigue. Espionage. Romance. If you love these elements in an histor... 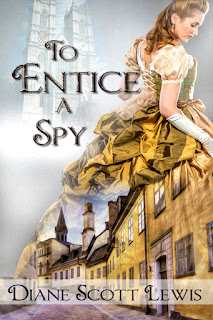